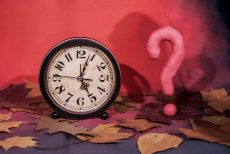 The United States and other countries “spring forward” to begin Daylight Saving Time on March 8, and a new survey tries to show just how that time change impacts the average person.

The start of daylight saving time means many will lose an hour of sleep – and 55% of Americans report feeling tired after the time change, according to a new survey by the American Academy of Sleep Medicine (AASM). In addition, two new studies suggest that the spring daylight saving time transition raises health and safety risks. This year, most Americans will “spring forward” at 2 a.m. on Sunday, March 8.

“Studies consistently show that the spring transition to daylight saving time is associated with negative consequences for health, safety, and productivity, all of which may be related to sleep disruption caused by the time change,” said AASM President Dr. Kelly Carden.

According to the AASM Daylight Saving Time Health Advisory, studies show that moving into or out of daylight saving time has adverse effects on sleep/wake patterns that can last about five to seven days. The effects of changing to daylight saving time appear to be most notable for those who have pre-existing insufficient sleep.

The AASM recommends the following tips to minimize adverse sleep effects due to the change to daylight saving time:

To read additional articles with tips on how to minimize the impact of the spring time shift, click here.

Previous:
Improve Your Learning While You Sleep, With a Rose