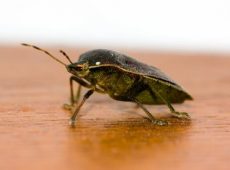 Philadelphia may be known for brotherly love, but it’s now known for something else much less pleasant — bed bugs.  Pest control company Terminix has come out with its annual list of the most bed bug-ridden cities in the U.S.  Philly stole the title from New York City, which held the top spot for the last two years.

Here is the list of the top 15 most bed bug infested cities, according to Terminix:

The list was created by compiling data from the 300 Terminix branches across the country. The company created the ranking by evaluating service calls from customers, as well as confirmed cases by service professionals.

The 2012 ranking proves bedbugs continue to be a problem across the country, with five cities – Cleveland, Houston, Indianapolis, Miami and New Haven – joining the top 15 this year. Other cities, such as Columbus, Dallas, Philadelphia, San Francisco and Washington, D.C., saw growing bedbug populations this year.

Ohio continues to be a hotbed of activity, with three of its cities making the top 15.

If you suspect you have bed bugs, there ARE steps you can take.  Check out this article here on SleepBetter.org: Bedbugs on the Rise.

Next:
Even a Little Alcohol Can Disrupt Your Sleep