Research: Phobias Can Be Treated in Our Sleep 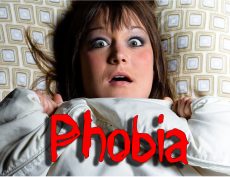 It seems like every day new research comes out that shows more ways we benefit from sleep, but a novel study shows something unexpected — phobias can be treated while the subject slumbers.

The study, conducted at Northwestern University Feinberg School of Medicine suggests that nighttime treatment of phobias could be a good addition to daytime phobia treatments of exposure therapy.

Researchers conducted their study on 15 healthy people.  The subjects were mildly shocked in response to seeing two faces, while simultaneous being exposed to one of several specific smells — including new sneaker, mint, lemon, wood and clove — while seeing each face. The researchers did this with the purpose of having the study participants associate the smell and the face with fear (being shocked).

When the participants woke up, researchers again showed them the images of the faces and tested their fear responses to them. They found that when the image of a face was shown that was associated with a scent smelled during sleep, the fear response by the study participant was lower, compared with the face shown that was associated with a scent not exposed to them during sleep.

Previous:
Too Much or Too Little Sleep isn’t Good For You