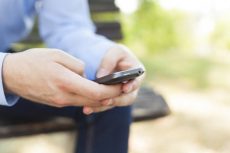 A new survey shows that those who are prone to texting more also tend to get less sleep.

Researchers at Washington and Lee University in Virginia surveyed first-year students at the school about their emotional well-being and their sleep habits.  They also asked about the amount of texts they send and receive each day.  Their key finding was that a higher number of daily texts was associated with more sleep problems.

Among the potential causes for this connection are two tendencies: students’ feeling pressured to respond immediately to texts, no matter what time of day or night, and students’ sleeping with the phone nearby, thus being awakened by the alerts from incoming texts.

Meantime, the study found that frequent text messaging was also associated with greater psychological vulnerability to interpersonal stress.  Scientists at W&L speculate that this may be due to the lack of context in text messages, which leads to a high level of misunderstanding.

Previous:
Research: Phobias Can Be Treated in Our Sleep

Next:
Do Rich People Sleep Better?