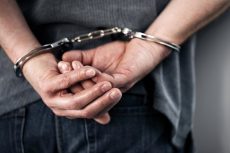 Sleep-deprived people are much more likely to sign false confessions than rested individuals, according to a groundbreaking study that has important implications for police interrogation practices.

The odds of signing a false confession were 4.5 times higher for participants who had been awake for 24 hours than for those who had slept eight hours the night before.

Led by Kimberly M. Fenn, associate professor of psychology at Michigan State University, the study is slated to be published in the Proceedings of the National Academy of Sciences.

False confessions in the United States are thought to account for 15 to 25 percent of wrongful convictions. Past research has indicated that the interrogation of unrested, possibly sleep-deprived suspects is commonplace.  In fact, in some cases, sleep deprivation was actually part of the interrogation process.

For the study, conducted in Fenn’s Sleep and Learning Lab, 88 participants completed various computer activities and a cognitive test during several laboratory sessions over a weeklong period. Participants were given several warnings not to hit the “escape” key because “this could cause the computer to lose valuable data.” Participants were monitored during the tasks.

On the final day of the experiment, half of the participants slept for eight hours while the other half stayed awake overnight. The next morning before leaving the lab, each participant was shown a statement summarizing his or her activities and falsely alleging the participant had pressed the escape key. Participants were asked to sign the statement, check a box confirming its accuracy and sign their name.

Further, sleep deprivation had a significant effect on participants who scored lower on the Cognitive Reflection Test, which is related to intelligence. Those participants were much more likely to sign the false confession.

To protect against the harmful effects of false confessions, Fenn and her co-authors recommend interrogations be videotaped, giving judges, attorneys and jurors added insight into a suspect’s psychological state.

Suspects also can be given a quick and easy test to determine sleepiness prior to an interrogation. Participants in the MSU-led study were given the publicly available Stanford Sleepiness Scale; those who indicated a higher level of sleepiness were significantly more likely to sign the false confession.

“A false admission of wrongdoing can have disastrous consequences in a legal system already fraught with miscarriages of justice,” the authors conclude. “We are hopeful that our study is the first of many to uncover the sleep-related factors that influence processes related to false confession.”