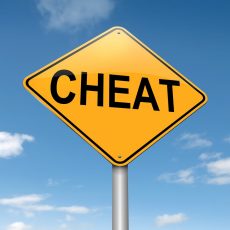 New research indicates that if you’re not sleeping as much as you should, you might be a liar and a cheat.

The research, conducted at the University of Washington, indicates that sleep deprivation drains glucose in the prefrontal cortex. The prefrontal cortex is responsible for self-control, and a lack of glucose robs this area of its fuel.  Researchers conducted four studies in both laboratory and field contexts, and found that a lack of sleep led to high levels of unethical behavior. The study found that the unethical behavior was due to sleep depleted self-control.

Researchers pointed out that the line between honest and dishonest was not hard to cross.   There was only a difference of only about 22 minutes of sleep between those who cheated and those who did not. In the field studies, naturally occurring variation in sleep (with most nights ranging from 6.5-8.5 hours of sleep) was sufficient to predict unethical behavior at work the next day.

The lead researcher, Christopher Barnes, said in an article in Harvard Business Review that there is a solution:

Organizations need to give sleep more respect. Executives and managers should keep in mind that the more they push employees to work late, come to the office early, and answer emails and calls at all hours, the more they invite unethical behavior to creep in. Because leaders help to set norms by modeling behaviors, my recommendation is to prioritize sleep in your own life, while encouraging your team to do the same. Do what you can to support employees’ sleep health rather than disrupt it.

Previous:
Americans Are Tired, But Aren’t Doing Anything About It