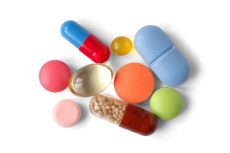 Researchers looking into how many children use melatonin revealed some surprising findings.  They’re also urging parents to consult with a medical professional if they plan for their children to use melatonin, as the long-term effects on minors are unknown.

The study, conducted at Erasmus University Medical Center in the Netherlands, found that as many as one in seventeen teenagers use the sleeping aid melatonin on a weekly basis to help them sleep better.  Melatonin is a naturally-occurring hormone that regulates the sleep–wake cycle.  Melatonin supplements are often used for the short-term treatment of trouble sleeping such as from jet lag or shift work.  However, many argue about whether the supplements are truly effective.

“It does not cause you to fall asleep immediately, but it does affect the body’s sleep-wake cycle”, says Erasmus MC researcher Elize Koopman-Verhoeff. In many countries, melatonin is freely available over the counter and is used to treat sleep rhythm problems in adults. Also, it is prescribed by physicians for children with autism or ADHD.”

Koopman-Verhoeff says: “These figures are quite alarming. One in seventeen young teenagers, six percent, use melatonin. Even after excluding children with autism or ADHD diagnosis from the sample, still one in twenty children, five percent, use melatonin at least once a week over a period of at least six months. It is therefore important that more research is conducted on the long-term effects and use of melatonin in children.”

Children who use melatonin often indicate that their sleep is poor or too short. However, melatonin is often taken without a prescription or guidance on dosage and time of administration.

“If melatonin is used incorrectly it could even worsen sleep,” said Dr. Annemarie Luik, sleep expert and assistant professor at Erasmus MC.  “Given the number of children who use this drug and because the unknown long-term effects on children, we advise parents to always consult a physician in the event of sleeping problems and usage of sleep medication including melatonin.”

This study included 871 children with an average age of eleven years. The parents completed interviews about the sleeping behavior of their eleven-year-olds. The children were asked to keep a sleep diary for nine days and wear a special watch-like device. The watch measured movement and enabled the researchers to estimate when the children were awake and asleep.

Previous:
Take a Bath 90 Minutes Before Bed for Better Sleep

Next:
Survey Finds Women Lose Up to Three Hours of Sleep Per Night Due to Their Partners