Study: How Well You Sleep Is Genetic 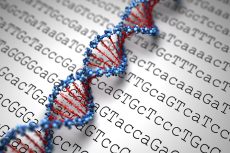 Scientists now say how well you sleep is in part determined by your genes.

In a new study, researchers at Harvard Medical School examined the genes and sleep habits of more than 47,000 people of European descent and another nearly 4,800 African-Americans. They also reviewed previous studies for information about genetic variations.  In the end, they identified two genetic variations tied to sleep duration, one of which was linked to about three minutes of extra sleep per night.

Three minutes doesn’t sound like much, but it’s the first time that science has been able to prove that there’s a genetic link to sleep differences between individuals.

Study subjects with one of the two gene variations not only slept slightly longer but also had lower levels of attention-deficit hyperactivity disorder and lower blood sugar levels.  The other DNA area identified — this one linked to shorter sleep — previously has been associated with psychiatric problems, including risk for depression and schizophrenia, the researchers said.

Next:
That Favorite Gift From Santa May Keep Your Child From Sleeping Better