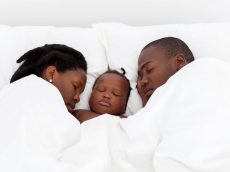 A new study suggests that obstructive sleep apnea severity is higher in African-American men than men of other races.

Researchers at Wayne State University in Detroit and the Detroit Receiving Hospital Sleep Disorders Center reviewed a prospectively collected database of 512 patients studied in the sleep center between July 1996 and February 1999. The patients reviewed were all at least 18 years old.  The database included 340 African-American and 172 Caucasian patients.

According to the study’s authors, the mechanism for a racial difference in sleep apnea severity is unclear. They suggested that potential mechanisms include anatomic differences that affect upper airway mechanics and collapsibility, as well as differences in the neurochemical control of breathing.

The study appears in the April 15 issue of the Journal of Clinical Sleep Medicine, the official publication of the American Academy of Sleep Medicine.

Next:
More People Sleeping Too Much