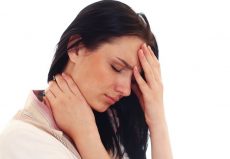 Research conducted at the University of Warwick in England indicates that therapy can be an effective way to treat sleep problems among those with chronic pain.

Researchers found that cognitive behavioural therapies (CBT) were either moderately or strongly effective in tackling insomnia in patients with long-term pain. They also discovered that chronic pain sufferers didn’t just benefit from improved sleep but also experienced a wider positive impact on pain, fatigue and depression. However they also concluded that therapies only worked when delivered in person.

The study has been published in the journal Sleep.

Dr Nicole Tang, from the University’s Department of Psychology, who led the research said: “Poor sleep is a potential cause of ill health and previous studies suggest it can lead to obesity, diabetes, stroke, coronary heart disease – even death. Insomnia can also increase the risk of depression, anxiety and substance misuse. It is also a major problem for those suffering pain that lasts longer than three to six months and that is why we looked at this group.

“This study is particularly important because the use of drugs to treat insomnia is not recommended over a long period of time therefore the condition needs to be addressed using a non-pharmacological treatment. We believe that our results will be of particular interest to primary care physicians and allied health professionals who are taking up an increasingly important role in preventing and managing long-term conditions.”

The researchers examined 72 studies of a total of 1,066 patients aged 45-61 who suffered from insomnia and experienced pain caused by a variety of ailments such as long-term cancer, headaches and arthritis.

In addition to highlighting the positive effect of CBT on insomnia the researchers identified a mild to moderate decrease in pain immediately after therapy. The researchers also noted that improved sleep resulted in a decrease in depression following treatment and at follow-ups up to 12 months. The research team believes this highlights the value of treating insomnia which exists with chronic pain as early as possible.

However when delivered electronically – either over the phone or via the internet – the therapies were found to be less effective.

Next:
Want a Better Mood? Get Better Sleep, Not More Sleep