Survey: We Value Internet Access As Much As Sleep 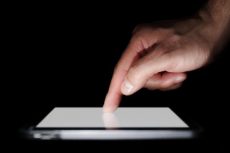 One would think that an activity necessary for the proper functioning of our bodies would rank higher than Internet access, but that’s simply not the case.

In a recent survey, 42-percent of male respondents in a new survey by a UK broadband provider say they would throw food, shelter, and sleep to the wind, while saluting Internet access as one of life’s most cherished needs. In fact, 50 percent of people say they dedicate more time to the Internet than sleep.

The survey questioned 3,000 men and women living in the U.K. and Ireland between the ages of 18 and 55, and was conducted in February and March of this year.

One of the reasons people in the survey responded so enthusiastically to Internet access is because they say it strengthens their friendships and gives them an enhanced sense of belonging.

The issue, however, is that sleep (not to mention food and shelter) is something necessary to keep us alive.  What good is Internet access to a dead person?

Next:
Tired Teens Reach for Junk Food, Not Veggies