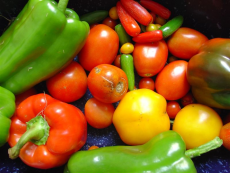 It’s hard enough to get kids to eat healthy, but new research shows that teenagers, who really should be starting to make their own food choices, make all of the wrong choices when they haven’t had enough sleep.

Presented at SLEEP 2013, the annual meeting of the Associate Professional Sleep Societies, the study examined the association between sleep duration and food choices in a national representative sample of more than 13,000 teenagers. The data were collected in 1996 when the interview subjects had a mean age of 16 years.

The study, conducted at Stony Brook University, looked at teens who reported sleeping fewer than seven hours per night.  That accounted for 18-percent of the respondents.  The researchers found that the low sleep teens were more likely to consume fast food two or more times per week.  Not only that, but they were also less likely to eat healthful food such as fruits and vegetables.

The results took into account factors such as age, gender, race, and ethnicity, socioeconomic status, physical activity, and family structure, and found that short sleep duration has an independent effect on both healthy and unhealthy food choices.

The American Academy of Pediatrics currently recommends that adolescents get between nine and 10 hours of sleep per night.  The study concludes that addressing sleep deficiency may be a novel and effective way to improve obesity prevention and health promotion interventions.

Previous:
Survey: We Value Internet Access As Much As Sleep

Next:
More than 80% Don’t Sleep Well Due to Snoring