What City is the Most Sleepless in the World? 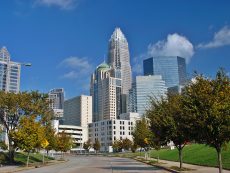 Do Americans sleep less than residents of other countries? How do our cities rank compared to those around the world? Thanks to a device that tracks sleep, activity and food, we now have an idea of the answers to those questions.

The Wall Street Journal recently analyzed data released by Jawbone, the company that makes the wristband device called UP.  The data comes from hundreds of thousands of UP users from cities all over the world.

The results came from data from one month, June of 2013.  It should also be noted that the data does not come from a representative sample.  The UP device costs about $150, so it’s safe to assume the sample is made up of people with disposable income.

The “top” and “bottom” five cities are listed below.  More data is available from the Wall Street Journal by clicking here.  To view a ranking of American cities from research we analyzed in 2012, view the SleepBetter.org Sleepless City Index.

MOST HOURS OF SLEEP BY CITY

LEAST HOURS OF SLEEP BY CITY

Previous:
Astronaut Use of Sleep Aids is Sky High

Next:
Scientists Now Know Why Seniors Don’t Sleep As Well