What is Placebo Sleep? 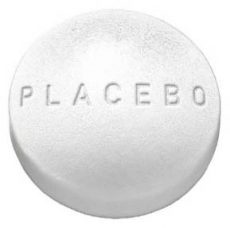 An interesting new piece of research reinforces the fact that our minds are amazing things.  It turns out that if you think you got a good night’s sleep, your mind acts like you did.

The “placebo effect” is your body healing itself or relieving pain because you’ve been told you were given medicine, even if the pill you took was only sugar.  Researchers at Colorado College wanted to find out whether that placebo effect can extend to sleep.  Here’s a rundown of their study, described by Smithsonian Magazine:

Researchers gave participants a short lecture about how getting more and better sleep improves cognitive function. They also told them that during the normal person’s night of sleep, about 20 to 25 percent of it is REM sleep, the kind that helps the brain most. The researchers then attached sensors to the subjects and told them the sensors would measure pulse, heart rate and REM while the subjects slept. (This was a lie.) Some of the subjects were later told that they got 16.2 percent REM sleep, while the others were told they got 28.7 percent REM sleep. (This was also a lie.)

Next:
Teen Sleeping Outside for a Year — Even in the Winter [VIDEO]