Could Side Sleeping Reduce Alzheimer’s Risk? 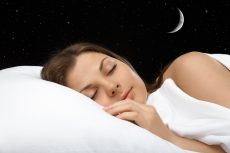 While it hasn’t yet been tested on humans, new research suggest that sleeping on your side could reduce the build-up of toxins in the brain and thus reduce the chance of Alzheimer’s Disease.

The research, conducted at Stony Brook University in New York, indicates that sleeping in the lateral, or side position – as compared with sleeping on one’s back or stomach – appears to help the brain remove waste products more effectively.

For their study, the researchers focused on a complex system in the brain called the glymphatic system, that clears away harmful substances that threaten to disrupt the normal function of cells and tissue.  The team used dynamic contrast magnetic resonance imaging (MRI) and computer modeling to measure CSF-ISF exchange in the brains of anesthetized rodents in three positions: lateral (lying on side), prone (lying on stomach) and supine (lying on back).  The analysis showed consistently that the glymphatic system was most efficient when the rodents were lying on their side than when they lay on their stomachs or on their backs.

The researchers noted that sleeping on one’s side is the most popular position in humans and most animals, even in the wild.

If you are a side sleeper, or want to try to become one, it’s best to have the right kind of pillow.  Side sleeper pillows have a higher “loft,” which allows them to support the neck.  For suggestions on side sleeper pillows, visit our Recommended Products pages to learn about Carpenter Co. products.

Previous:
Sleeping With Your Phone In Your Hand?