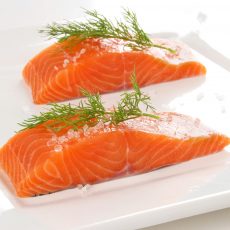 What if a daily supplement could make your child sleep better?  New research is suggesting that may be the case for some kids.

The study was conducted at Oxford University.  Researchers studied 352 children aged seven to nine who were struggling readers at a mainstream primary school.  Parents filled out a questionnaire which showed that 40-percent of the children also suffered regular sleep disturbances.  The researchers fitted wrist sensors to 43 of the children rated as poor sleepers to monitor their movements in bed over five nights.

The study found that children taking a daily omega-3 supplement had 58 minutes’ more sleep and seven fewer waking episodes per night compared with those on the placebo. The best dietary source of omega-3 fatty acids is oily fish.

Previous work by the team had discovered low levels of omega 3 fatty acids in children’s blood, which predicted how well they could concentrate at school.  One of the key omega-3 fatty acids is docosahexaenoic acid (DHA), which is thought to help nerve cells communicate with each other.

Next:
Mobile Phones in the Bedroom Still a Problem