Sleeping Without Disturbance Helps Your Memory 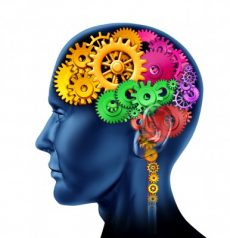 New research points out just how important sleep is when it comes to memory, while at the same time showing us that we need quiet and uninterrupted sleep.

The research, conducted by scientists at several New York City institutions, looked at what happens when new information is introduced while a subject is sleeping.  During sleep, the brain performs a number of important repair and maintenance duties that are necessary for normal functioning, including moving information from short-term to long-term memory. Previous studies show that the “replay” of recently learned information during sleep plays an important role in memory storage. However, it was unknown what happens when new information was introduced during slow-wave sleep (SWS), the phase of deep sleep during  which the brain’s sensory systems are far less responsive to external stimuli.

In the study, rats were introduced to a new smell before sleeping and while they were in slow-wave sleep.  Some received different smells, while others received the same smells.  To precisely control the animals’ odor experience during periods of wakefulness and sleep, the researchers delivered electrical stimulation to brain circuits involved in odor processing rather than relying on the delivery of real odors to the animals.

When the memory of a specific odor learned when the rats were awake was replayed during slow-wave sleep, they achieved a stronger memory for that odor the next day, compared to rats that received no replay, or only received replay when they were awake.  However, when the research team exposed the rats to replay during sleep of an odor pattern that they had not previously learned, the rats had false memories to many different odors.

Next:
Survey: 60% Don’t Get Enough Sleep